3 Naturally Easy And Effective Ways To Lose Some Weight

Is losing weight on your agenda? You may have a goal weight that you'd like to reach by a certain date. Although some people will tell you that it's difficult to lose weight, it's actually not as challenging if you're sticking with a routine and doing certain things to make the process easier. In fact, if you're motivated enough, you could start to see some awesome results in a matter of weeks.

The coffee in the morning, the sweetened tea with your lunch, and even the soda you might have with dinner will all add up at the end of the day when you're calculating how many calories you've consumed. It's important to watch your calorie consumption while trying to lose weight. If you're surpassing a certain amount, you may gain extra weight instead of losing it.

Rather than drink your calories, make sure you're only drinking beverages that contain zero calories. You can still have your coffee in the morning, but you should use a zero calorie sweetener instead of the usual sugar and cream. Instead of having sweetened tea, consider making green tea with tea bags and then adding the zero calorie sweeteners to it to make it even more flavorful. Water should also be a top beverage of choice. If you stop drinking so many calories, you could reduce your calorie intake and start shedding some weight even faster.

Use Music For Simple Exercises

If you're not a fan of working out, exercising might seem like a chore that you really don't want to do. However, there is a way to make it fun. Create a short playlist consisting of four upbeat songs. Play those songs and exercise until the last song finishes. Each song should be about 3-4 minutes, so you're roughly getting about 12-15 minutes of exercise. Try doing this twice a day – once in the morning and once before bed. It's an easy way to get 30 extra minutes of exercise in each day.

Do Simple Exercise While Watching TV

Are there certain shows on television that you're hooked to? You may love to watch every episode during the season. If so, you can use those shows to your advantage to keep you entertained while working out. Instead of sitting on the couch, sit on a fitness ball and try to do a few different exercises, such as squats, crunches, and lunges. You can do these different exercises while still paying attention to what's going on in the show.

If you'd like to lose weight, make sure you're not drinking your calories. You can use zero calorie sweeteners to add flavor to beverages without adding any additional calories. And, make exercising fun by using music and television shows to keep you occupied as you're working out. If you stick to this simple and fun routine, it shouldn't take long for you to see some serious results. 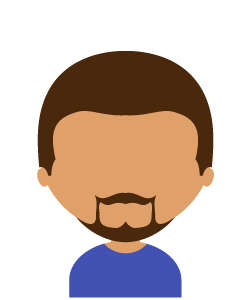 After our area was hit with a natural disaster, I realized that there were a few things we needed to do in order to make things better. For starters, we needed to work with food suppliers who understood how to make things quickly and efficiently, and we also needed to focus on making sure that we were able to streamline our daily routine. We were able to choose a food supplier who delivered rain and shine, and we even worked with them to sort out a few other details that were holding things up. Check out this blog for more information.